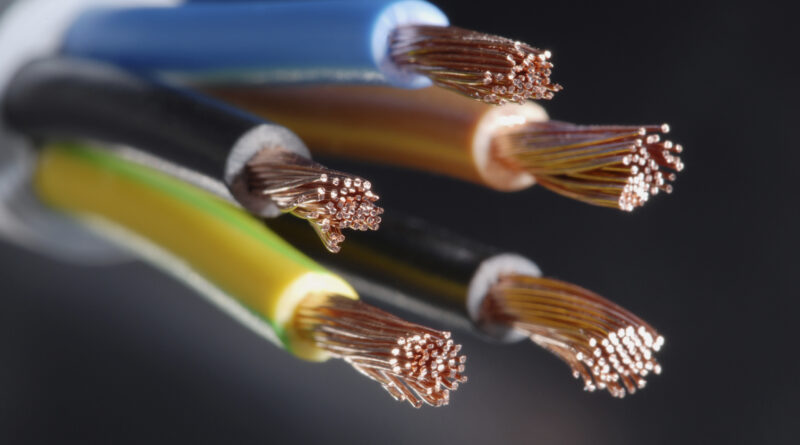 Method of Manufacturing Polygonal Shaped Al Alloy Wire
United States Patent 10,796,821
Issued October 6, 2020
Inventor: Mi-Song Ku, Gyeonggi-do, Korea
A method for manufacturing a high conductive Al alloy wire without conducting an annealing
process includes: providing an Al alloy rod comprising 0.01 parts by weight to 0.08 parts by weight
of Fe, Fe:Si=2 to 3:1 of Si and the balance Al and inevitable impurities, based on 100 parts by weight
of an entire A1350 alloy; conform-extruding the Al alloy rod by passing through a dies of a conform
extruder having a polygonal shaped structure to form a polygonal shaped Al alloy wire; cooling the
extruded Al alloy wire to room temperature; and winding the cooled Al alloy wire using a winder.

Magnet Wire with Corona Resistant Polyimide Insulation
United States Patent 10,796,820
Issued October 6, 2020
Inventor: Allan R. Knerr, Fort Wayne, IN, USA
Assignee: Essex Group LLC, Atlanta, GA, USA
Magnet wire with corona resistant enamel insulation may include a conductor, and at least one
layer of polymeric enamel insulation may be formed around the conductor. The polymeric enamel
insulation may include a filler dispersed in polyimide and an additive formed by reacting an amine
moiety with a formaldehyde material. The filler may include between 20 percent and 80 percent by
weight of silica oxide and between 20 and 80 percent by weight of titanium oxide.

Insulated Wire
United States Patent 10,784,018
Issued September 22, 2020
Inventors: Masafumi Kaga, Tokyo, Japan; Tamotsu Kibe, Tokyo, Japan
Assignee: Hitachi Metals, Ltd., Tokyo, Japan
An insulated wire having an electrical wire structure capable of reducing an outer diameter while an
insulating property and a flame-retardant property are highly kept is provided. In the insulated wire
including: a conductor; and a coating layer arranged on an outer periphery of the conductor, the
insulated wire has a flame-retardant property that allows the insulated wire to pass a vertical tray
flame test (VTFT) on the basis of EN 50266-2-4, has a direct-current stability that allows the insulated
wire to pass a direct-current stability test in conformity to EN 50305.6.7, has a diameter of the
conductor that is equal to or smaller than 1.25 mm, and has a thickness of the coating layer that is
smaller than 0.6 mm.